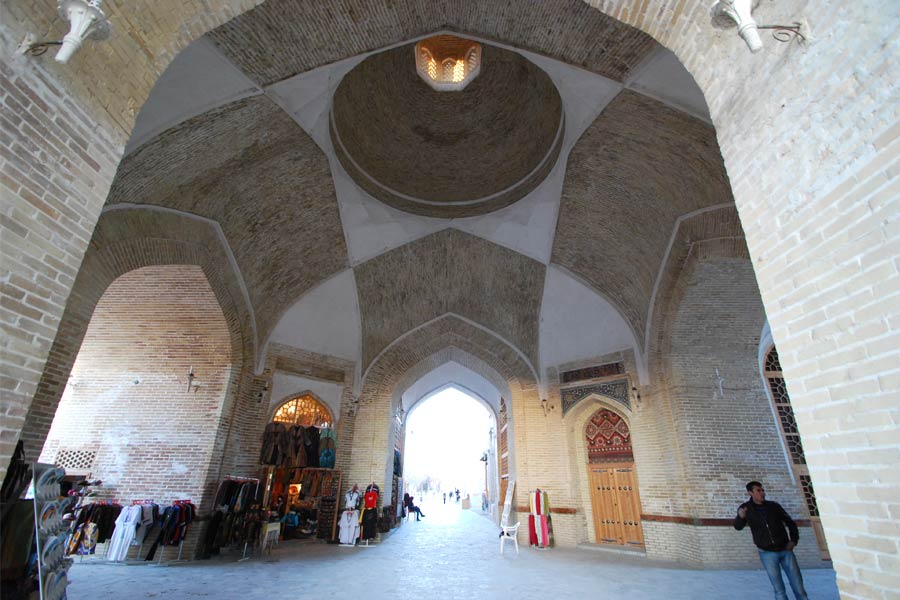 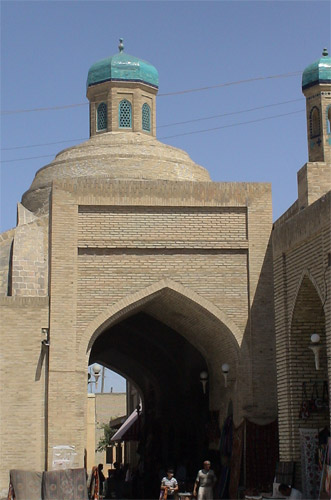 turbans and fur-hats, which were rolled up capably. There are five streets from various angles of the city for reaching the construction. This complex problem was solved by architects by making a way for the street between six radically dispersive towers carrying not high cylindrical cupola that has about fifteen meters diameter and with dodecahedral skylight. The gallery has storerooms and alcoves around the hall, which were raised on twelve axes. From the western part of Taq-i Telpaq Furushon is visible street,which is called Mekhtar Ambar. The first acceding construction on the right to the Taq-i Telpaq Furushon’s wall is an antique caravanserai Kuleta, founded in the late of 16th century. At the end of the street you can see the other unfixed diamond, the Madrasah of Mullo Tursunjon.

The currency dealers influenced their currency proceedings and usurious under the shadow of Taq-i sarrafon. The baths of the sarafon is situated to the next door of trading dome, an essential item of a municipal public center, were located next to the passage. The main importance was infused in hygienic and medicinal features of the baths. As Ibn Sina has described good baths have to include moderated temperature, pure air and bright light, and as well pleasant water. It was written in his famous work called “Canon of Medical Science”.