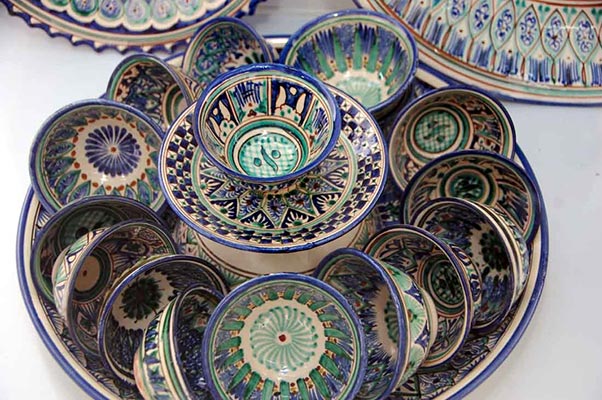 Ristan is one of the oldest cities in Fergana Valley located about 50 km from Fergana. City became famous for its ceramics interesting among Uzbekistan group tours. Ristan masters became famous all over world and occupy pride place within world museums expositions.

During Fergana Valley tour Uzbekistan there will be an opportunity visit settlement on site antique Rushtan either ceramic workshops of well-known masters.