Registration
Travel in Uzbekistan and Central Asia > Madrasah of Barakhan 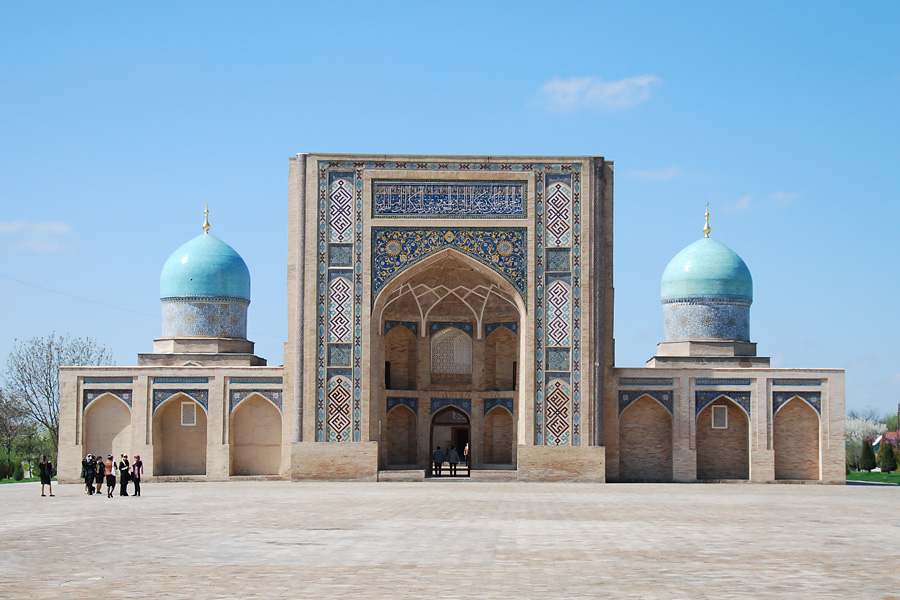 The Barakhan’s Madrasah was built during the 15th – 16th centuries out of constructions that took place at different times. As the original basis was considered a mausoleum located in the east of the active complex. The second unit was Mausoleum-Khanaka including two domes of Tashkent’s governor Shaybani Khan 1530. The complex was rebuilt as a madrassah in middle ages of 16th century. The name of the complex was given “Barakhan” in memory of that time’s governor, Nauruz-Ahmed, known by nickname “Barakhan”. The entry gate to the Madrasah of Barakhan isn’t fit for Tashkent in the way of its decor. Its compartment is crowned with a vault “colab-cory”; pylons and tympanum were ornamented with various mosaics and carved bricks. Usta Shirin Muradov was the foreman, who recovered colab-cory in 1955-1963. The madrasah proportions: outward: 73 x 44 m., courtyard: 33 x 27,5 m.