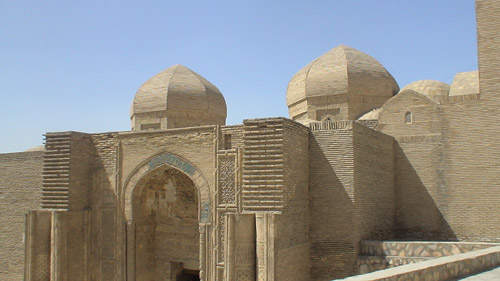 Near with Lyabi-Hauz in the centre of Bukhara is situated one of the most pristine mosques, which is called Magak-i-Attari. In Middle Ages fire-worshippers’ shrine was situated here abaft southern gates. The first mosque on this place was established by initiation of Arabs. Archeologists had excavated in south part of the city, the gate of the mosque with a perfect bricklaying of ornament and archaic carved majolica. Consequently portal considered as masterpiece of 12th century of Bukhara’s architecture. In the late of middle ages the mosque functioned as a quarter mosque.