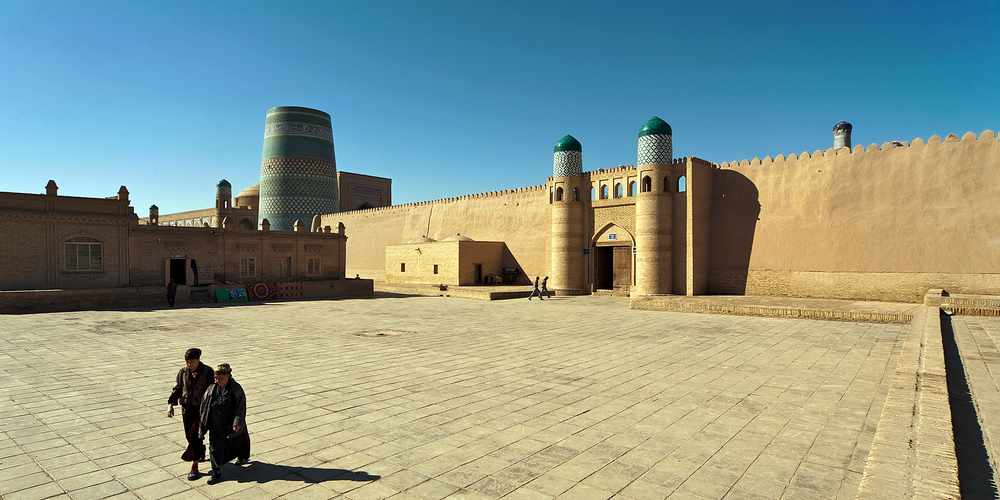 A small quarter mosque was founded in early years of 19th century and it was named Bagbanli. Its location is to the south from Islam-Khodja Minaret. Architect of that mosque was Pahlavan Kuli and the master that created the carved door was Ruz Muhammad.  Spherion dome crowns the square hall. Location of mihrab is in the southern alcove. Avian owns a flat roof on double carved columns of marble bases. The columns of the mosque are much more elder than mosque itself. Each column is decorated by using ornamental zones with inscriptions. The same columns you can see in Djuma-Mosque and they have been operating since the 14th-15th centuries.