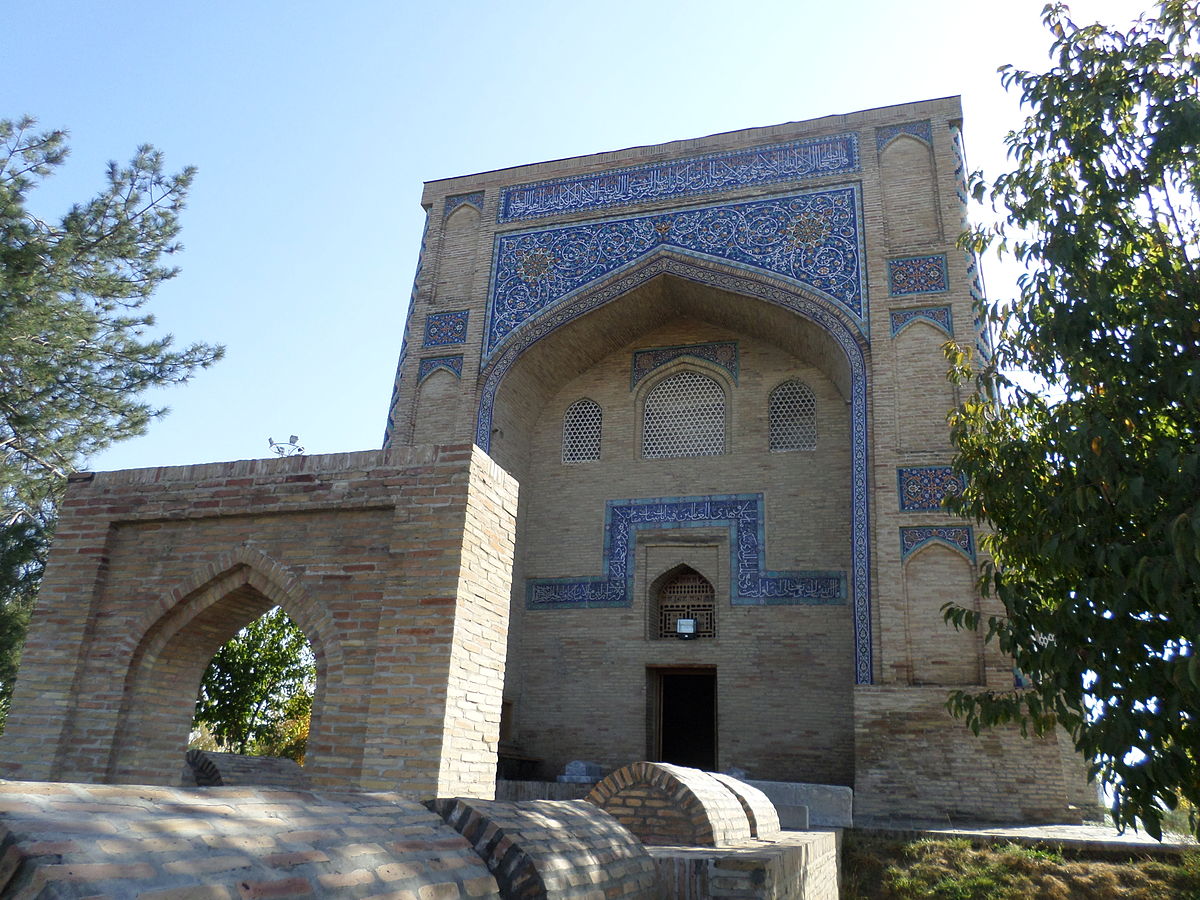 ecause of unlimited admiration by works of Imam Abubakr ibn Ali ibn Ismail Al Kaffol al Shoshiy there was founded a mausoleum. The first vault for burials had not been kept safely. As a result factual mausoleum was constructed in 1542 by Gulyam Husain that was personal architect of Khan at that time. It is a skew portal mausoleum in form of cupola – khanaka. Khanakas were erected with aim of giving to palmers that came from distant lands small living places, to say in other words – hujras. Complexes of mausoleum usually included in mosques and eating-rooms named oshkhanas with kitchen. There is a late burial place (sagana) on small yard in the south of the major building. The mausoleum was built from baked bricks. Several information about proportions: 13.3 x 12.5 m., room: 6 x 6 m., the cupola: 16.4 m. high.

Not far from this mausoleum is situated the house where lived Khodja Akhrori-vali. He was a follower of Kaffol Shoshiy and as well he was also a follower of Bahovutdin Nakshbandy and asserted that people of belief must not beg alms; they must live with their own labor. In his own life he followed Nakshbandy’s motto – “Dil ba eru dast ba kor” that has a meaning: “heart with the God, hands in labor”. Khodja Akhror had two professions: a Sufi master and a statesman. His tomb was placed in Samarkand.