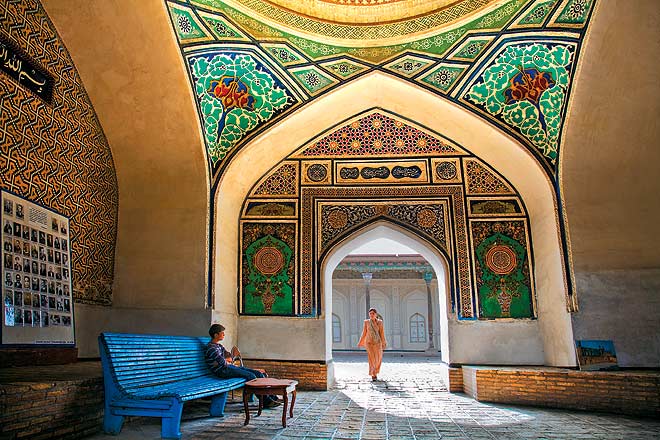 The amazing city Kuva (Cuba) is located in Fergana Valley. This city is notable for partially restored ruins of ancient Shahristan (Hissar) and citadel fortresses, around which at 10th century were handicraft areas (rabads), inns, necropolises, various government buildings. Recently, Shahristan walls have been restored; a garden and several fountains popular among Uzbekistan group tours lay out nearby.

During ancient times, there was Buddhist settlement, as indicated by numerous found ruins including Buddhist temple, Buddha figurines, Buddhist deities, household items, ancient buildings remains. Many items from these archaeological finds are on display at museum exhibits that can be seen during excursions to Fergana Valley museums.

Craftsmen were engaged into metal processing, jewelry making either ceramics.

The city, after visiting which during excursion tour, you will be able to get deeper into Uzbekistan history.