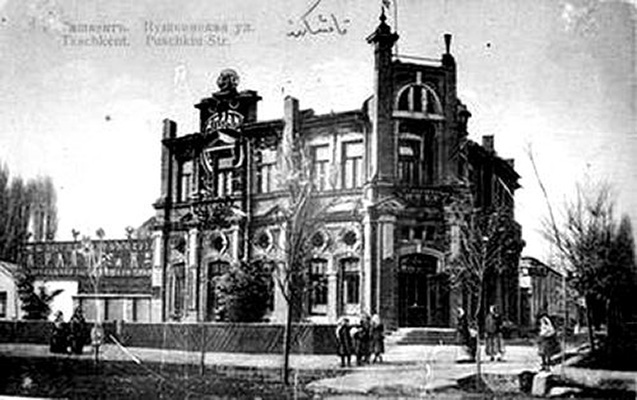 If you like to learn new things from architectural structures history, then include in your Uzbekistan tour visiting this historic building. Approximatly one thousand nine hundred and six year, famous architect G.M. Swarichevsky became author of a project to build Kaplan-pharmacy establishment. Iditional owner was Krause Second, past his death drugstore gotten bought by Koplan. During Soviet Union, Marxism-Leninism University had been located here. Today there is one of the capital banks.

As we all know, everything has its time-period. So one day it showed perfect moment to open first pharmacopoeia within metropolis. Certainly, it appeared fundamentally different from modern apothecary, which’s now large number, because it was built by great Swarechevsky, for no less prominent Krouse. He considered superlative scientist, medic, likewise figure over Turkestan region.