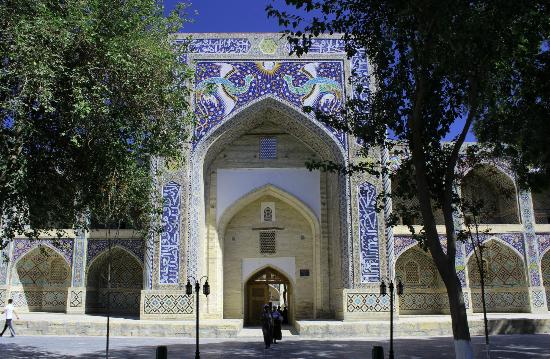 Most people are unanimous in their opinion that trade and religion cannot mixed. Having studied this cultural structure history, it proves opposite and brings benefitsNodir Begim Madrasah is ensemble Lyabi House part, that visited voyagers during trip to Central Asia. It named after of Vizier Nadir whose orders building built. 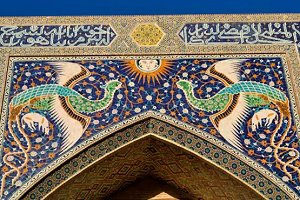 He official worked at Imamkuli Khan Court. Thanks to architectural finds, experts determined that Khan’s rule determined by stable development. Focus in state was on urban infrastructure. 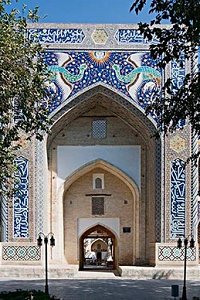 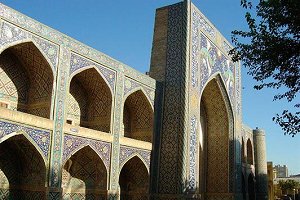 Construction upbuilt according to classical Muslim traditions. Highlight use of some innovations. Thus, building facade decorated with various living beings images, which was not until this point.  Central portal decorated with birds of happiness.