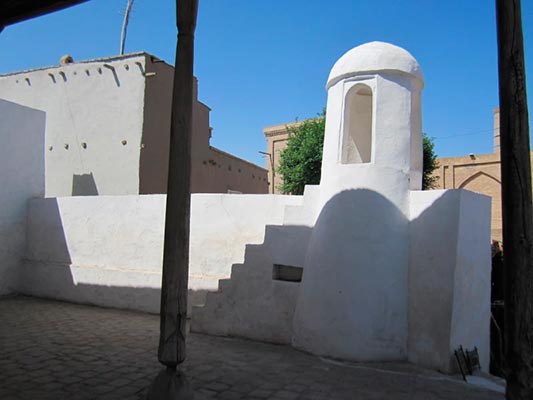 This magnificent historical heritage is considered to be an inalienable during Khiva traveling. Madrasah located behind Saeed Allauddin tomb, it was commissioned in middle of eighteenth century. Ancient architects were able to fit harmoniously into overall layout of building a spacious domed hall, equipped with high-quality Ayvan flat form. Mosqe building resembles slightly shifted to West rectangle. Believed that trivial small distortion in space was direct consequence of numerous extensions made in different epochs. Originally Madrassah had usual cube shape.