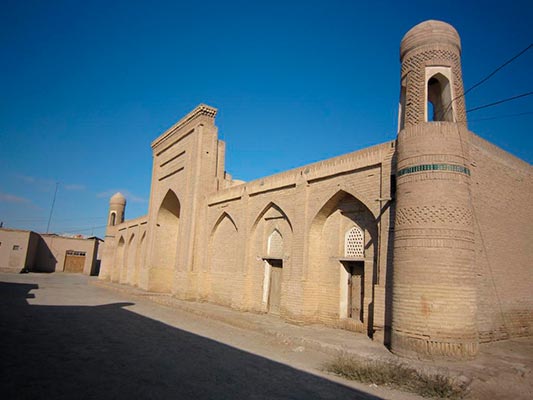 In the central part of Ichan-Kalah you can find Mussa turu Madrasah, composed in 1841 under Rakhmankuli Inak direction. Numerous testimonies indicate that he was a direct descendant of Rahim Khan I. Ideological mastermind of construction heroicly perished 1855 year during battle against Turkmen invaders. His body now rests inside Medrasah. Madresah, which includes two courtyards, many rooms for students and clergy, vestibule, erected in trapezoid form. Within last century this knowledge had undergone large-scale restoration. Today there is shop suggesting national crafts goods. Lots more might be said about this object, so it’s advisable joining with Central Asia tour, to know what not always available in original sources.