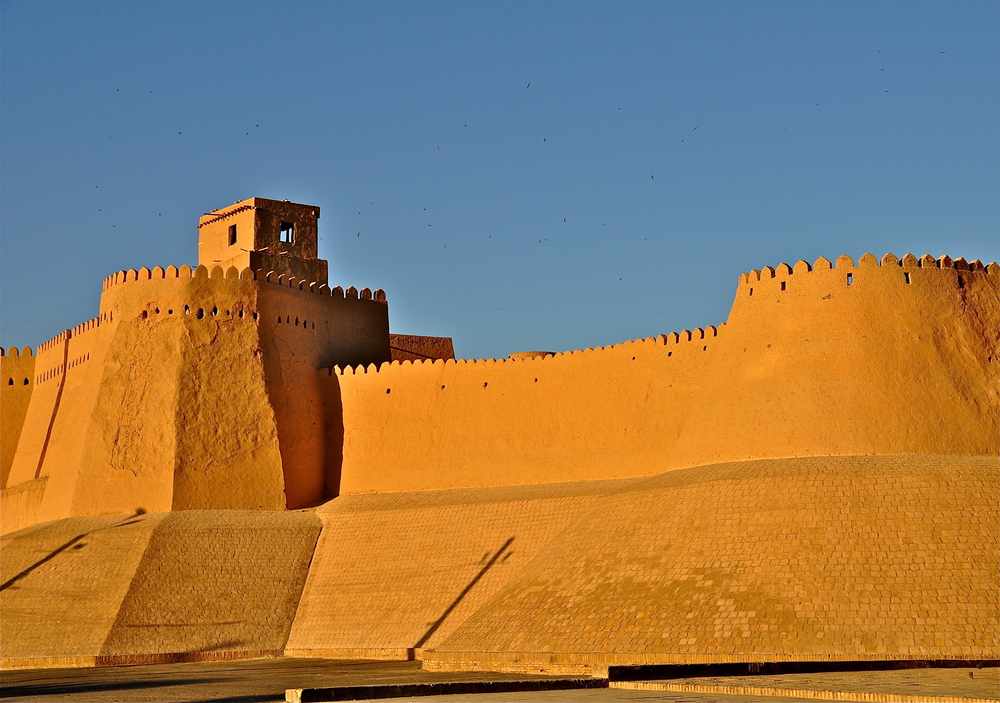 In the middle of Ichan-Qala situated two historical madrassahs. Exact location is to the left of the path beginning from Ata-darvaza portals to Palvan-darvaza. The first one of them is associated with Arab-Muhammad-khan that was from the Chingizidis dynasty and the second one belongs to Muhammad-Amin-inak who is known as the founder of the Manghit dynasty. The construction date of Arab-khan madrassah is 1616 and it was done for the honor of moving the Khorezm capital from Kunya-Urgench to Khiva. Reconstruction date is 1838, at Allakulikhan. Madrassah of Muhammad-Amin-inak has been functioning since the 1770s. It maintains a deposition inside the pylon of southern avian. Some legends tell that it can be a grave of Muhammad-Amin-inak, the others think that tomb is belong to his little son.