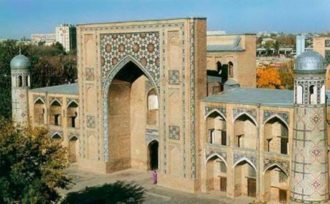 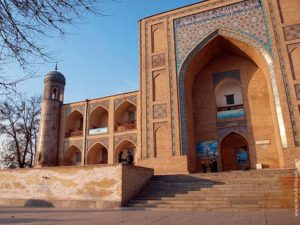 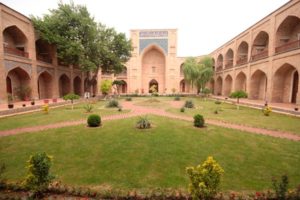 It is believed that this educational establishment located in the center of the old town in Tashkent was built between 1568 and 1570 years. The main ideologist of the project was Kul-Baba Kukeldash who was killed in the late sixteenth century. There is considerable evidence, speaking about the numerous repairs and renovations conducted in the madrasah. Active renovation work was carried out from 1822 to 1842. At that time the city of Tashkent became part of Kokand khanate. 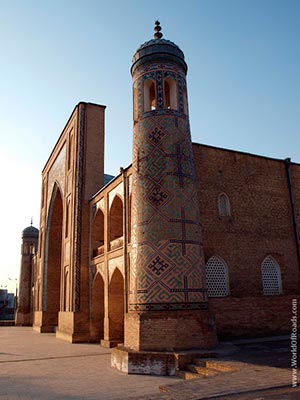 In the early 1930s the school was used as a warehouse, the rooms of which eventually were converted into rooms where employees of various government agencies worked. Only in mid-1990s it was decided to return it to its original purpose of madrasah. By the decision of the local authorities the madrasah was returned to the religious community.

Unfortunately, the long period of Soviet power did not pass without traces for this monument of architecture. Most of interior decoration of the madrasah was lost. Only on the entrance portal of it restorers managed to restore some quotes from the holy book of Muslims. They also were able to recover small scripts located on the right and left sides of the towers of the madrasah.