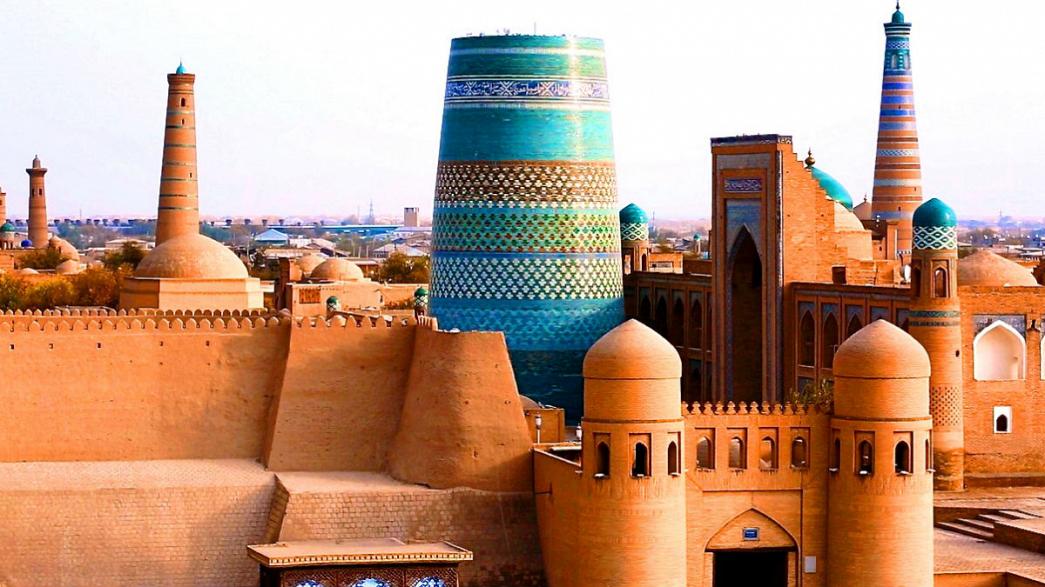 The small but heavy minaret located before the facade of Muhammad Amin-khan madrassah. The name of that minaret is Kalta-Minor with meaning “Short minaret”. Amin-khan’s madrassah and minaret were intended to complete the process of planning of the biggest square situated near with the western portals of Ichan-Qala. As many people expected that Kalta-Minor should have become the highest and biggest minaret in Central Asia. Its solid basis is about 14.2 m in diameter. However, by information given to us by historian called Munis the process of construction was broken because of death of Muhammad-Amin-khan in 1855 after the battle with Turkmens.

But some people believe to the other version that was kept more accurately. The khan of Bukhara got information from servants about the building of colossal minaret In Khiva and decided to meet with its architect and speak about construction of higher minaret in Bukhara. Unfortunately, the khan of Khiva became angry and ordered about firing the architect. As a result the construction was stopped. Anyhow, the platform in the top had been raised just up to 2 m. In accordance with decoration of Kalta-minor, In Central Asia doesn’t have any analogs there. It is only minaret which area is entirely covered with colored glazed tiles.