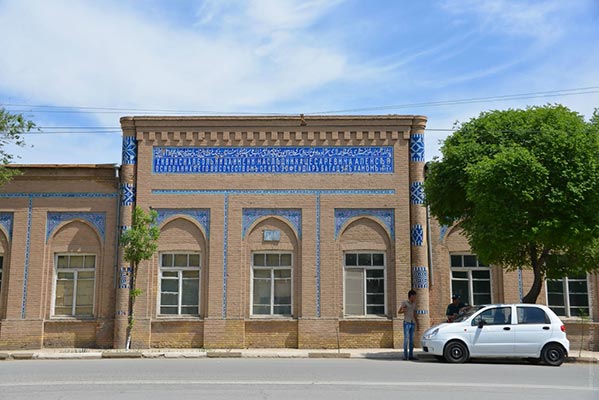 The first reference about it dates to the early 20th century. Numerous documents that historians have been able to study made it possible to recover all stages of construction. In a great mercy of Khan of Khiva it was decided to build this hospital. At that time in Khiva there were only healers and other non-professional doctors, so the ruler allotted necessary amount of money to build this hospital.

Direct construction and subsequent decoration of the building was led by Abdulla Baltaev, who was a very popular artist-designer of the time. The hospital building extends to many quarters in the area of ​​Ichon-Qala.