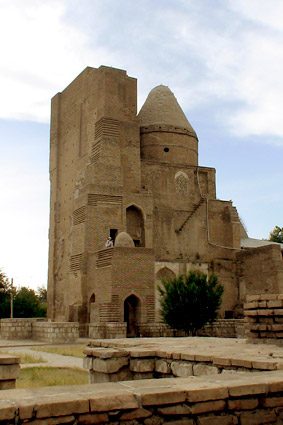 Ensemble Dorus Saodat was built in Temurids epoch. It contains three parts. The first part is Jahangir crypt, the second part is crypt of Temur himself, and the third part is Hazrat Imam Mosque. From moment that Temur’s beloved son Jahangir died, vivid master fell into sorrow. As stated, his heart became closed at least 30 years. Jahongir body transported to his ancestors’ land, where he was buried. A mausoleum erected there for him.

Much later, this mausoleum appeared included in Temurids family tomb available within travel tour Uzbekistan. This room covered with limestone slabs. Along niches, formed off arches, sayings were written from Koran about eternal life and frailty of life on earth.