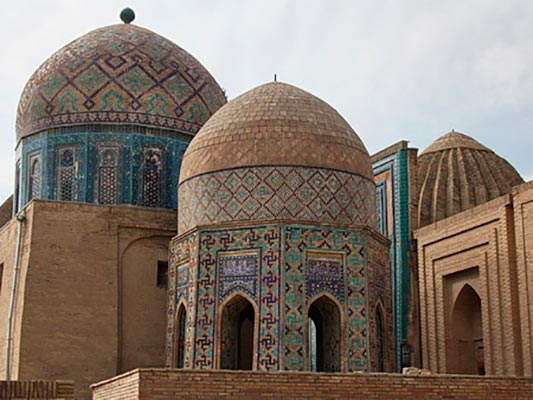 This architectural structure considered one of Sufism centers. Legend told that Kusama Ata was Baha’uddin Nakshbandi’s cleric. Monument consists of several complexes: mosque, tomb, pilgrim’s houses, three fortified entrances, nobility’s tomb.
Neighboring buildings erected from the 9th-10th century AD. The central place is Kusam Ata mausoleum. During several centuries, it was rebuilt. In this regard, foreign voyages during trip to Karshi are visiting a modern architectural variant.
Additionally, researchers found many artifacts, which allowed getting many valuable information.
There are sacred inscriptions on some gravestones.
Some patterns refer to different historical epochs.
Most tombstones located in a small room in northern courtyard made with special materials inlay of another color scheme, with further applying them texts.
Discovered tombstones belong to 14-15 centuries of our era.