Registration
Travel in Uzbekistan and Central Asia > Chor-Bakr: The Story of the four brothers 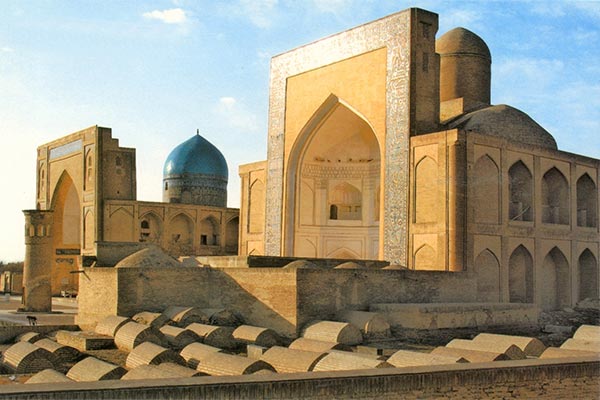 This necropolis, located five kilometers from Bukhara, is still considered one of the most unusual sights of the country. This vast burial ground, the second name of which is “the city of the dead”, refers to the first millennium BC. It is believed that the necropolis was formed near the settlement of the dervishes who lived nearby. Only a few centuries later, the general layout of the necropolis was supplemented with several new buildings, the last of which dates back to the sixteenth century.

By the tenth century Chor-Bakr Cemetery had become the burial place of the dynasty of the descendants of the Dzhuybars. By 1560, Sheybanid khan Abdullakhan II, who wanted to leave a reference about this great clan in the history, commanded to build a mosque, a khanaka and a madrasah on the site. Scientist- historians agree that the gesture was to show the gratitude of the ruler of his mentor, who left this world in 1563. Over time, Chor-Bakr, whose name translates as “four brothers” took all the brothers of the dynasty.