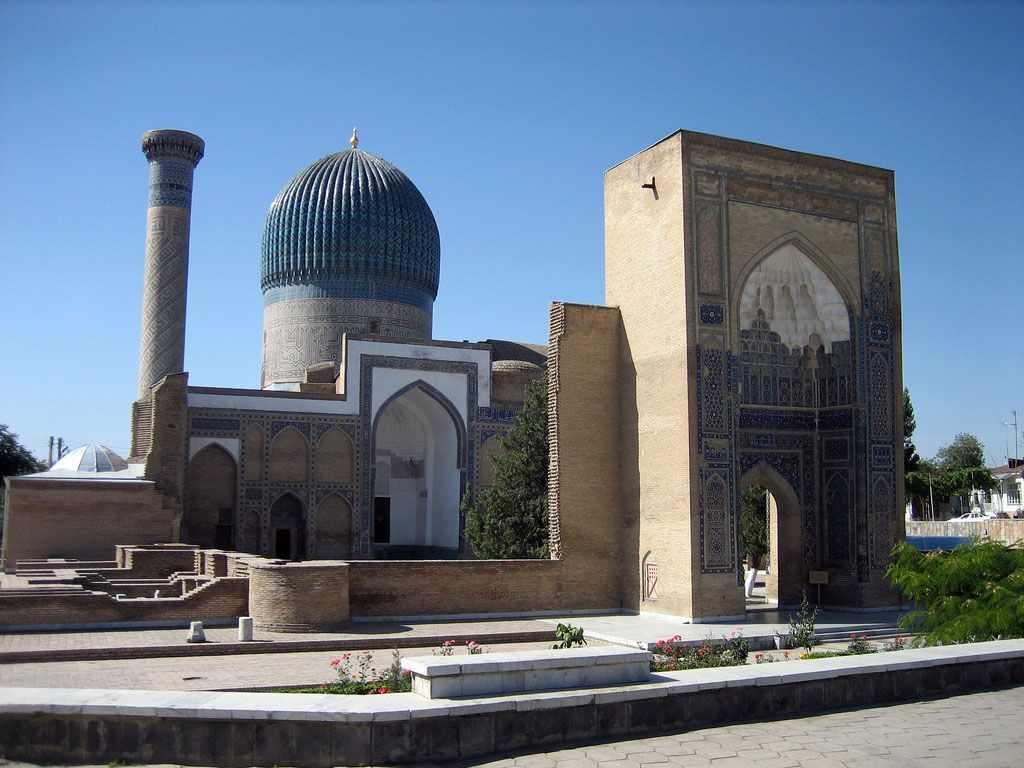 Mosque of Bibi-Khanum was built in accordance with Amir Temur’s order. The plan was to build a cathedral mosque for the city of Samarkand. He wanted to exceed everything he has ever seen another countries. It was a great project that required a lot of skilled workers. Artists, architects and craftsmen from vanquished countries were engaged in the building process. For transporting and lifting heavy loads were used elephants. The building of construction lasted during five years. After returning from his western campaign Amir Temur was fully disappointed by construction, as a result he ordered to rebuild the portal that as he thought was not high enough.

Eventually, the cathedral mosque was equipped the greatest for that time gate. By the sides of the arch of the mosque there were powerful towers with minarets. Some of the minarets reached 50 meters in height. In the front gate that had bronze doors was written a saying: “The sound of these huge doors, made from them alloy of seven metals, calls prayers of seven climates in the house of Islam.” Unfortunately later, when a lot of rulers changed, Iran Nadir ordered to deinstall the gates and took them away in 1740. There was an inscription above the gate: “Dwelling of creatures is everything – hypocrisy, falsehood and passions. Everything is concentrated at a threshold of the World Lord’s hall – and only…” Nowadays in the middle of the courtyard, there is a marble desk for huge Koran.