Registration
Travel in Uzbekistan and Central Asia > Anbar-bibi mausoleum: the patron of children, family and marriage

Anbar-bibi mausoleum: the patron of children, family and marriage 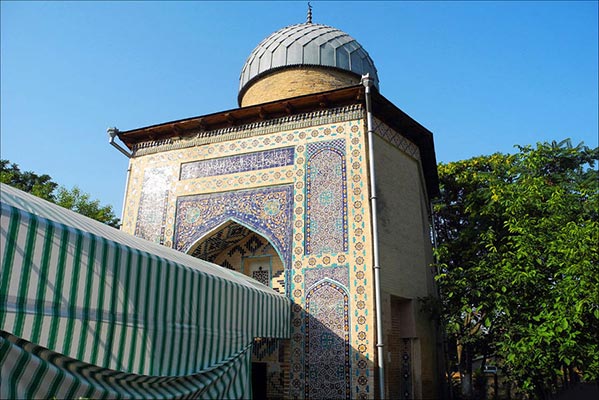 In a small settlement of Tashkent region there is a well known to all monument, erected in the late fourteenth century. Anbar-bibi mausoleum, the second name of which is Kambar Ana, was erected in honor of the wife of Zangi-Ata. The tomb of this holy woman, considered the patroness of wives and mothers, is located in the immediate vicinity of the mausoleum of Zangi ota in the local cemetery.

In this mausoleum the graves of Anbar-bibi and Ulugpash are located. A few architectural objects take all the internal space of the mausoleum:

A small dome shaped cabin;
One small room;
Several niches with flat shaped edges that overlook the facade of the building. This fact is very unusual for the architectural traditions of the time. Many historians tend to believe that these changes are the result of numerous reconstructions of the mausoleum;
A small protruding portal.

The whole mausoleum complex covers an area of ​​9 meters by 6,42meters, was covered crosswise with a large dome of a conical shape. The dome itself was established by ancient builders on strong arches. On the external side the dome is supported by a drum. Unfortunately, most of all interior decoration didn’t reach till our days. For example, samples of art of that time can be found exclusively on the dome drum.