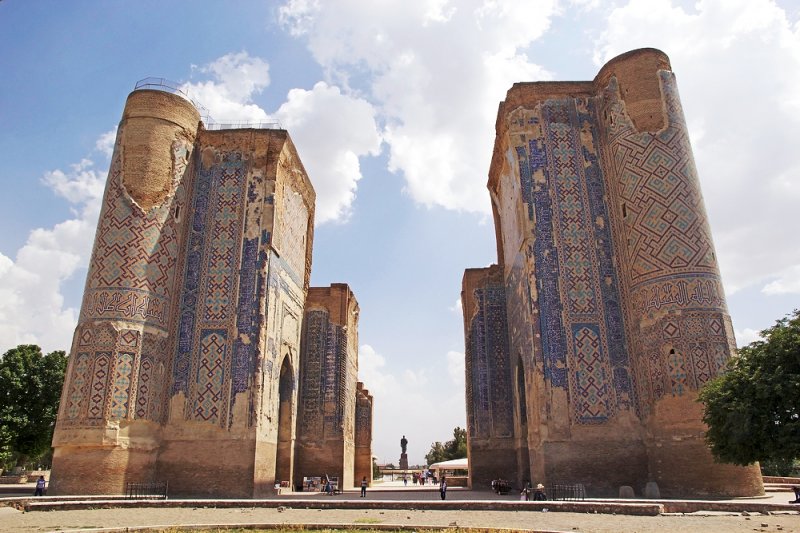 Ak-Soray Palece may serve as an example of the parade government building – residence. Construction of palase started in 1380, but yet 1404 decorating works were nearing completion there. Lancet grand facility dome had bay more than twenty-two meters, biggest among all Temurid buildings. During Temur’s and Timurid’s era ensemble constraction of cities was widespread. This is seen on Shahresabz instance of Shahrisabz, where the Dor-us-Tilovat, Dur-uz-Saodet ensembles were outstanding. Shahrisabz tours are held regularly, so everyone has a chance to visit this place and be satisfied with what they saw.