The Museum of Olympic Glory 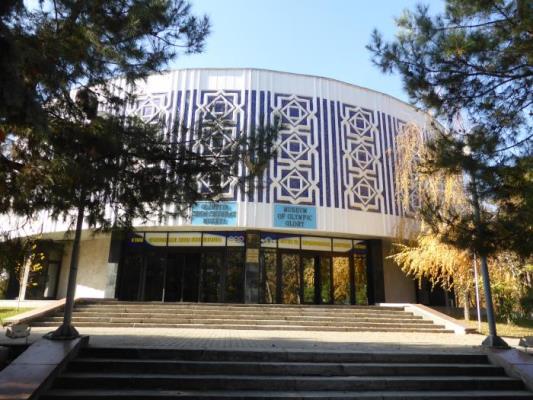 In the city of Tashkent at Rashidov Avenue, 4, one of the most famous and favorite museums in the country the Museum of Olympic glory is located. It contains unique exhibits, vividly telling about victories and participation in the Olympics and other international competitions.

A great contribution to the development of the museum’s history was made by the President of Uzbekistan Islam Karimov, who donated his awards- gold medals, a gold necklace, Cups and numerous gifts which he had received for active development of sports life of the region. They are kept in a special honorary exhibition. The museum contains not only awards of different levels of modern athletes, but also a lot of rare medals the analogues of which are simply impossible to find.

On separate windows are Cups, brought from all over the world, torches, commemorative coins, as well as a range of souvenirs and stamps reflecting the commemorative dates and the most significant moments in the history of the country. Here you can get acquainted with various sports equipment of different periods of time and compare how different were sports costumes of the last century from the modern ones.

Of great interest is the printed media displayed here with the help of which you can learn about the facts, about which even textbooks don’t tell. By visiting the Museum of Olympic Glory, one can not only see the exhibits, but also learn in detail about the history of victories of Uzbek athletes at the games of different levels, including the Olympic and Asian. It is here that the young generation can learn firsthand about sports heroes and can even choose a real idol.