The house-museum of Ural Tansykbaev 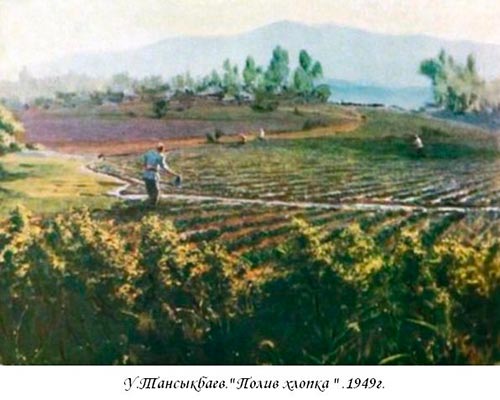 The land of Uzbekistan is rich in outstanding people. Many legends have been created about the artists who convey the beauty of this region. One of such legendary and celebrated artists was Ural Tansykbaev. Each guest who asks this name will be invited to Cherdantseva-1,5 of Mirzo Ulugbek district of Tashkent city, where in the shadow of apartment buildings is a small private house, just from the plate of which we can determine that this is the famous house-museum of the famous artist of Uzbekistan.

The founder of the museum was Ural’s wife, who seven years after the death of her beloved husband opened a truly unique place, providing for the overview of the people of Uzbekistan beautiful, filled with love and warmth, soul touching pictures of her husband. At first glance, it is hard to distinguish this house from many other private buildings around it. It is also surrounded by a garden, which is planted with by Ural himself. It is also warmly lit by the evening light and so generously receives many guests. Inside the house there is a perfect harmony preserved from those years when the artist was still alive.

In the Center of the Museum there is a workshop, in which Ural’s paintings are collected. Among them is his unfinished composition “Charvak in 1973”, which the artist couldn’t finish. The house has a living room, where Ural received his guests, a study, in which the artist’s numerous ideas were born and a bedroom, where he rested after the labor.

When the number of visitors increased, the house-museum could not accommodate all of them, so a two-story exhibition hall attached to the house was built, where in perfect order, Ural’s pictures were neatly placed. Among them were those which no one had seen except the people closest to the artist. It is noteworthy, that some of the works of Ural Tansikbayev are exhibited in the Tretyakov Gallery.