Museum of the Armed Forces 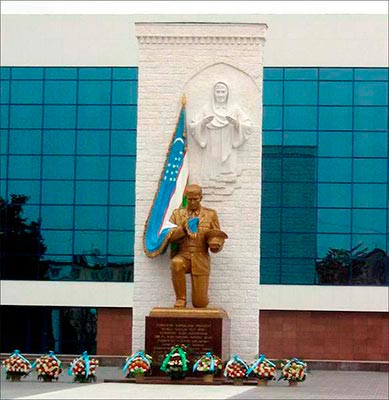 Museum of Armed Forces is located in the Park of military glory “Jasorat” (otherwise known as Park TurkVO) at Ulugbek (H.Abdullaeva) Street, 98. It is one of the most important and well-known museums in Tashkent. It presents its visitors several expositions, telling about various historical facts.

Probably, one of the most important pages of the history is the Great Patriotic War. The museum contains exhibits that tell about the participation of the Uzbek people in this long bloody war that killed millions of people. Here you can find a variety of items, printed materials and other attractions that tell about what happened in the country during those terrible and difficult years. Also, visitors to the museum can get acquainted with modern weapons, as well as the military equipment, which is on the guard of the country.

In the next exposition hall visitors can learn about the details of combat training, the importance of political education, military life. Of no less interest is the exposition, which tells the story of international exercises that are conducted within the framework of an international partnership program. During exercises, different military equipment, various types of ammunition, as well as various types of troops are used. One whole section of the museum is devoted to this.

The Park of Military Glory surrounding the building also add new experiences to museum visitors, based on the memory, which should be kept from generation to generation, not allowing young followers to forget about how hard was peace won in the Great Patriotic War, how much effort was done to achieve it. Call – (+99871) 262 41 75.