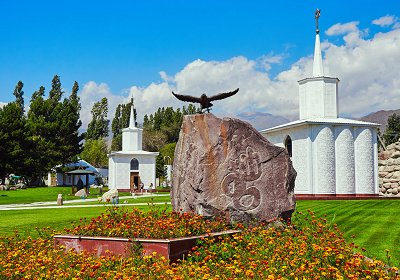 Its location is the town of Cholpon-Ata, the shore of Issik-Kul, where almost all the Kyrgyzstan tours take off from. 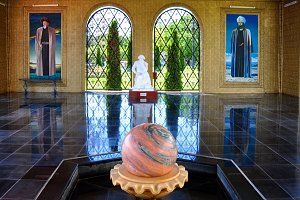 It can be attributed to a spiritual and cultural center with exhibits related to fairy-tales and myths about the lake Issik-Kul are presented, historical information about many religions, the universe. “Rukh ordo” translates as “Hail blessed.” The founder of the museum Tashkul Kerekizov, originally assumed to take five largest religions of the world as a unifying factor of the museum. The museum has five towers-chapels, within which there are attributes of a certain religion-Orthodoxy, Catholecism, Islam, Budhism and Judeism. There is performed the sixth chapel, the theme of which is the ancient beliefs of the Turk peoples. Among other things, the museum contains various statues and sculptures of religious subjects, characters from ancient myths, legends, and even modern politicians and celebrities. As the motto of the museum “Rukh Ordo” stands the postulate “God is one for all.”