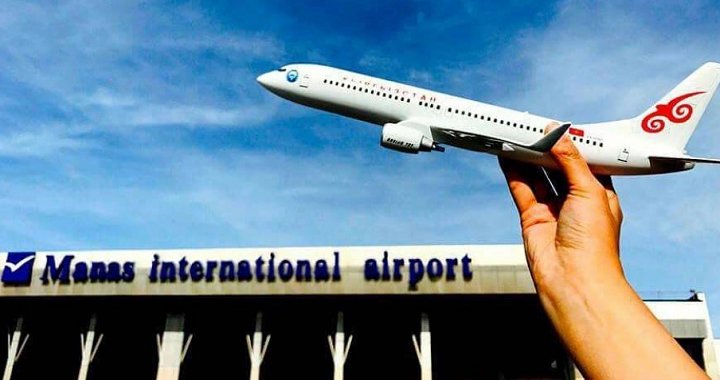 It is stationed in the northern part of the Beshkek city. The air-port received its brand in honour of the character of the Kirgyz eposes, and the key person of the project was a famous writer Chingiz Aytmatov. The United States Air Force Bace is located there. The construction of the airport was completed by the year 1074 and the first take-off from there was made by the airliner IL62, which was also a novelty for that period. Begining in 1975, constant long-distance flights to Moscow from Manas airport have been organized. But the name of the object was officially received in 1981.

According to the ICAO classification, Manas belongs to the fourth class airports, that means it can host all types of aircraft. The total area of the platform is 240 000 sq. meters, there are thirty-eight parking lots for airplanes and two ramps. There is a big waiting room and one individual weather station.

By the year 2012, the passengers stream of the airport  augmented to 1 057 000 people. The basic directions of Manas are Betken, Alma-Ata, Dushenbe, Jalol-Abad, Isfena, Yekaterinburg, Meshhad, Kozan and Novosibirsk.

Kyrgyzstan tour cost is not so high if to compare with other trips, but a rest is in no way inferior to the best sanitariums in the world.