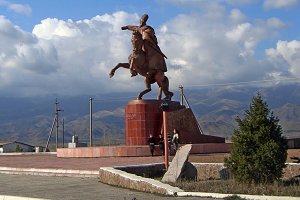 It is one of the largest settlements in Kirgyzstan, with population eight thousand one hundred and sixty-nine people. Geographically, city is located eastward Bishkek, ninty-five kilometers from Chu River. According to historical data, conurbation have been founded not so long ago, only in 1912. Its previous name – Bistrovka. This name connected with fact that first resident of this settlement was certain Bystrov. There’s another name’s version. Because of strong wind “Ulan” residents began call this borough Bystrovka. However, inhabitants themselves are inclined to early title’s option.

During Soviet period, in Kemen industrial enterprises were built: