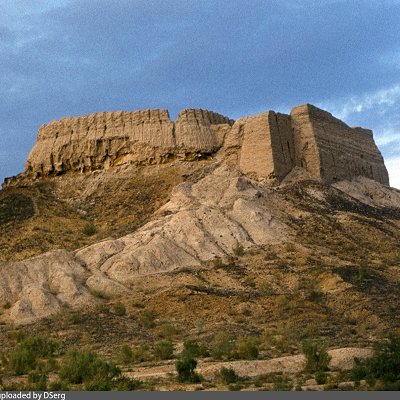 So, from the airport we went straight to Khazarasp is one of the oldest cities of Central Asia, located on the southern border of the Khorezm oasis of our country.

In fact, this is the last Khazarasp city in the area, then it was already Bukhara, Khorezm border. Khorasmians here at all times at war with the Bukhara.

Khazarasp is base of Khazar. Because Khazaria was part of the Khorezm. A Khazar territory extended right up to Astrakhan. 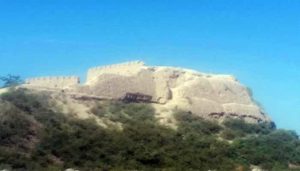 Some scholars believe that when the saint Vladimir chose religion to Russia, he sent messengers from Kiev to Khorezm khans to find out how it is the case with Islam. He wanted to decide them be Muslims or Christians. It was in the XI-X century. But he thought and decided towards Byzantium.

The most ancient Khazars were Jews by religion and language were Turks. Then they became the Karaites. 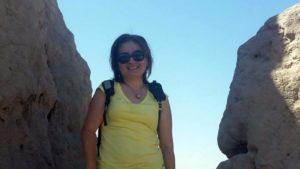 This area was a stranger, Timur here made 5 trips, during which he burned it.

Khorasmians do not live in cities, they live in the kurganchams, i.e. small hamlets. There were not a lot of cities and Khazarasp was the second largest city after Khiva.

By the way, was Khazarasp ancient Khiva. Mentioned in the historical work of Persian historian Al-Tabari (IX century).

Additional information about Khazarasp we get from messages of the Persian geographer of the tenth century al-Istahri. He is describing the Khorezm irrigation system, it refers to the large Khazorasp channel through which sailed big ships, as well as the city Khazarasp, located on a plain near the Amu Darya. 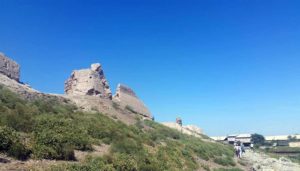 All trade at that time was through the city Khazarasp. As described by al-Maqdisi Khazarasp was a great trading city, there were a lot of markets, there were large caravans from different countries.

The last major battle of these walls was under the rule of Nadirshakh. The battle was under Khazarasp, under these walls. Khivans kept the defense and the Persians attacked. The Persians smashed Khivans and left. And then Khazarasp participated as a military fortress last time. Then Khivans so weak that they requested the Kazakh khans to take control.

By the way, a larger fortress in the territory of Khorezm not meet. 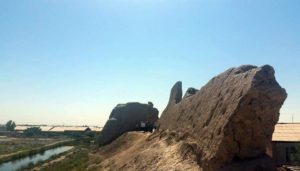 Chadra Hawley is one of the town houses the Khan of Khiva. It was the king’s house, country cottage. In Khiva is an analog only Oshik bobo.

The ensemble has retained the authentic architecture, which later disappeared. She was a single residential structure with towers of clay blocks. Stable with selected long-legged horses and warehouses located on the first floor, in the second and the third were living rooms, including chambers Khan and his entourage. 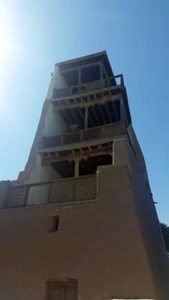 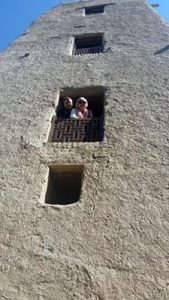 There was allotted an entire floor for women – the fourth, where was located the female half of the Khan’s society.

Lived here the Shah, who was also a poet. And he was a good poet, better than Khan.

“Shah of the people, the servant of love” – so he named poem which he dedicated to his beloved wife. 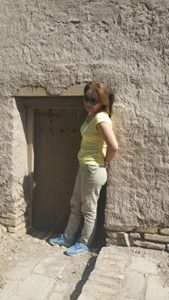 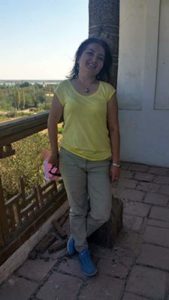 By tradition, Chadra Hawley is surrounded by magnificent gardens where you can take refuge from the summer heat and enjoy a cool oasis in the sultry evening. 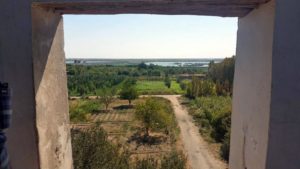