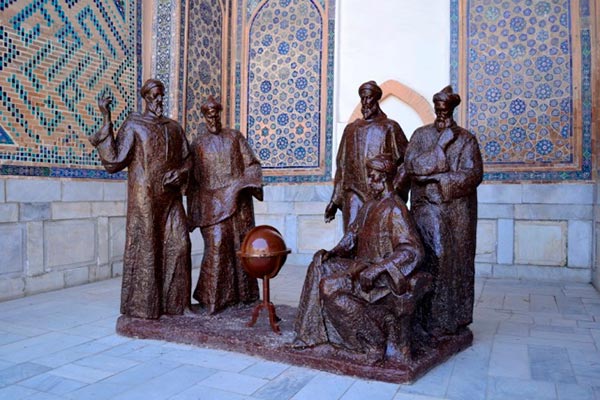 The process of construction of the madrasa started during the reign of Ulugbek, who went down in history as a philanthropist, scientist and astronomer. It was under his guidance that many schools in Samarkand and other cities began to be build.

This madrasah located on the Registan Square, was an example of a classical institution of the Eastern Muslim style. The internal architecture of the building is presented in the form of numerous hujras (54) adapted to house nearly a hundred and ten students. The main architect of the entire project was a well-known at the time architect Shahrukh.

Comparative analysis shows that this structure can be fully put on a par with the best creations of Amir Temur. Historians, writers, public figures and ordinary citizens did not get tired of emphasizing that the madrasa raises the value of knowledge to a new, hitherto unprecedented level.