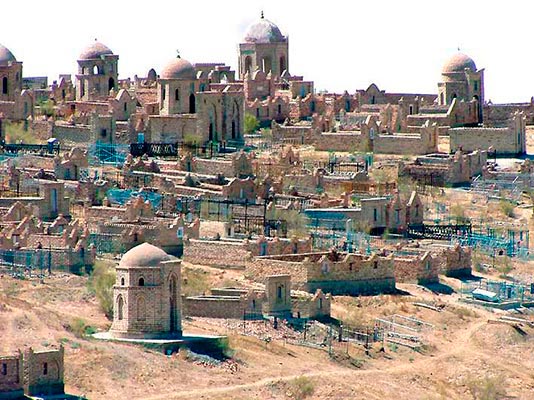 Karakalpakstan is famous for a great many of tourist sites, but this necropolis is a leader in the number of annual visits. This ancient cemetery was built in the immediate vicinity of the ruins of the ancient city Gaur-Kala, which if translated means “the fortress of infidels.” The fortress got its name during the active era of the Arab conquests. The invaders chose this name for the fortification which was used by Zoroastrians.

The shrine, which was built over the supposed tomb of Adam, is also sacred. It is called really philosophically – “the Apocalypse Watch”. Numerous legends say that every year the tomb loses one brick. On the day when the last brick of this building falls, the world that we are used to seeing ceases to exist. That is why many believers are constantly trying to return fallen bricks in place to slow down the “hours of the Apocalypse.”