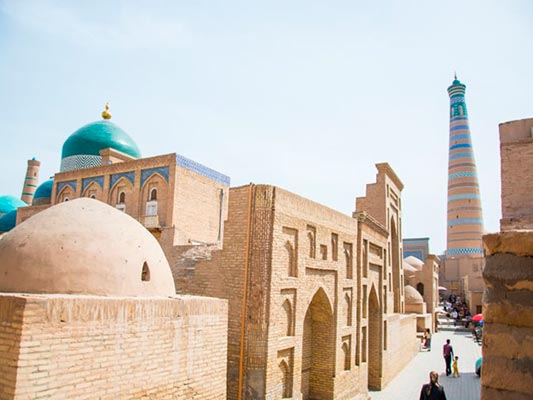 In the famous Rahimkulihana had a son, named Isa Tyurya. Legend says that he ordered built in the immediate vicinity of the shrine Pahlawan Mahmud madrassa named in his honor – Mazari Sharif madrassa, which means “the place of burial of noble people.”

After healing and return to their homeland, Isa Tyurya commanded to build a small madrassa in Khiva, which is called “Mazari Sharif”.