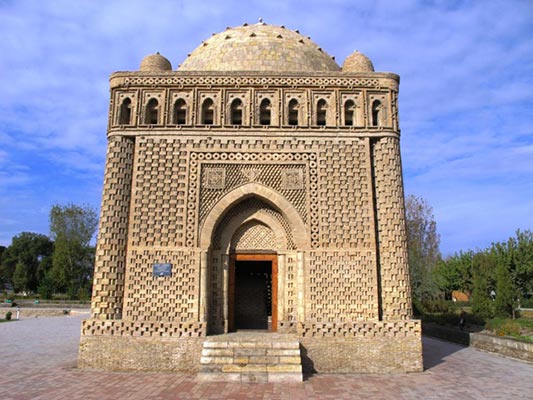 This mausoleum in Bukhara is rightly referred by many to the list of the most outstanding works of world architecture. Numerous written sources revealed that the process of construction of the facility began in 902 and lasted almost five years. It was originally planned that the mausoleum would be exclusively a family tomb, designed for the dynasty of Samanids.

The initiator of the construction was Ismail Samani, who wanted to build on the resting place of his father a mausoleum. Subsequently, he himself found the last resting place here.

Among the two entries present in the general layout of the building, the one to the east is considered the main one. Unfortunately, contemporaries may see only a small portion of its former greatness. For example, only a portion of inscriptions and decorative paintings have survived till today.