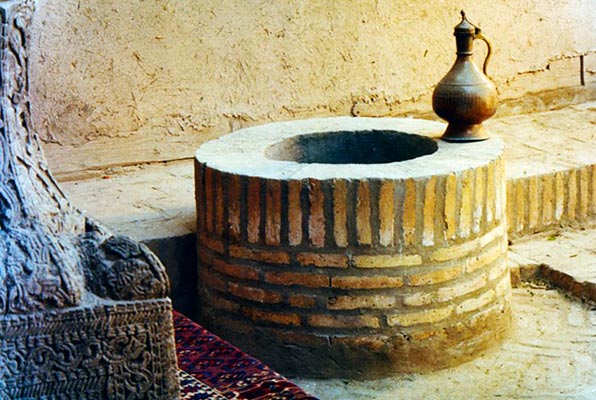 One of the myths, actively circulating in the city, says that Khiva was founded by the son of famous Noah – Sim. It is believed that at the end of the biblical Flood, Sim for a long time wandered in the desert and decided to take a nap. In his dream he dreamed of nearly three hundred colored torches. This dream, according to Sim, was sent to him as aportent. On that spot, he built a town in the shape of a ship, as predicted in his dream. Then, in the center of it Sim dug a deep well “Hayvak”, which gave the city its name.

Supporters of another theory believe that a well known to all the Silk Road passed through this town. Some representatives of the historical society suggest that at the future site of Khiva wealthy merchants who came from different countries, stayed for an overnight stay and meals. Travelers exhausted from a long journey, got refreshed by the cool water from the local source, exclaiming, “Heivakh” (“Oh, how wonderful”). This cheer gave the name to the point on the map (Kheivak), which was then given for the entire city in the midst of the vast desert stretching.