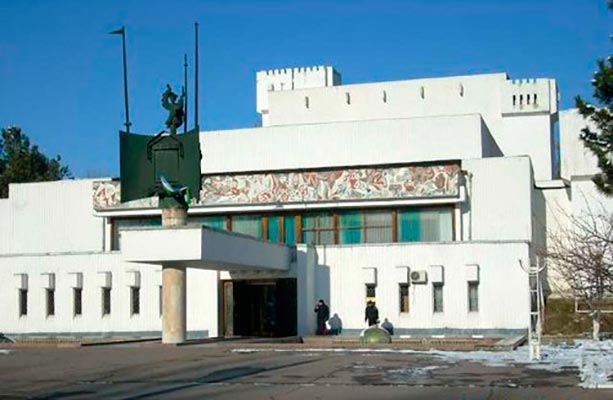 One of the most famous theaters of the Republic – Puppet Theatre is located in the city of Tashkent on Afrosiab Avenue,1 near the building of the Ministry of Internal Affairs. It all started in the thirties of the last century, when in a small room in front of a small audience came out a performance called Big Ivan. Only forty years later the theater managed to expand its territory by moving to another building. This was such a welcome and significant event that in this honor another important event for the city, an international festival, which was attended by puppet theaters of Asian countries, took place.

How do children imagine the country of a fairy doll? This is a large white-stone palace with beautiful towers, decorated with fountains, as well as with numerous fairy tale characters. The building of the republican puppet theater got the same shape, realizing the dreams of hundreds of Uzbek children. While getting into the building, one involuntarily gets amazed at its attire. Everywhere the sun lights up the colorful multicolored mosaic and the walls of the Theatre Museum contain dolls from all over the world. They are made of cane, glass, clay, wood, leather. And of course, the youngest visitors are greeted with a friendly smile their favorite hero Palvan.

The theater is divided into two rooms, which employ two troupes – Russian and Uzbek. In the eyes of kids and their parents come to life favorite fairy-tale characters, princes and princesses fall in love with each other, Cinderella becomes the wife of the Prince, Pinocchio wins over Karabas Barabas, and The Djin from a magic lamp fulfills all the wishes of his master Aladdin. A traditional puppet show, showing dolls in gloves an an amphitheater is also quite interesting for many viewers.

Taking care of their visitors, employees of the theater prudently closed the road for cars, thereby maintaining the integrity of the fairy tale. Therefore the magic palace can only be reached by walking from the metro station or the bus stop. Call – (+998 71) 256-73-98, 256-73-95 (ticket office).