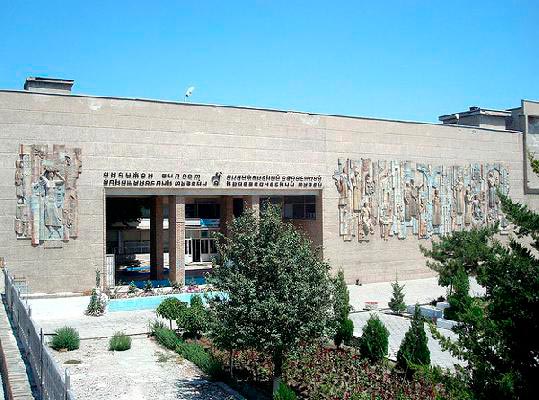 On Fitrat Street, 258 one of the main museums of the city of Andijan is located – the Museum of Local Lore. In its depths, many facts are preserved that tell of the life, history and development of the great Fergana Valley. And it became great because in its territory at different times there were various states that, thanks to their strength, left for posterity the greatest heritage reflected in the museum’s exhibits.

The valley is a single monument of architecture, which is constantly researched by a number of scientists. Finds made by them, vividly tell about the culture of life, the existence, development of past generations. There are paintings and canvases, and a variety of sculptures, objects of applied art and much more.

Due to constant replenishment, the museum was divided into several thematic areas. In the archaeological department it is possible to get acquainted with the finds obtained as a result of excavations in the department of applied art – to find out what crafts the ancestors were engaged in, and in the ethnographic department – to see the scientific studies of peoples-ethnoses. The museum managed to recreate several eras, beginning with the ancient, passing in the antique, medieval and modern.

More than 60 thousand different exhibits, including ancient finds and modern works, help to revive the old handicrafts, which the Fergana Valley has always been famous for. Modern masters with the utmost thoroughness restore the stages of crafts, practicing in the creation of new art objects. The museum constantly hosts exhibitions, as well as exhibits of the museum of local lore can be seen in the gallery of fine arts. Therefore, every visitor who wants to learn about the history of this great land can visit the museum itself, or its visiting exhibitions. Call – (+998 74) 225-16-39.