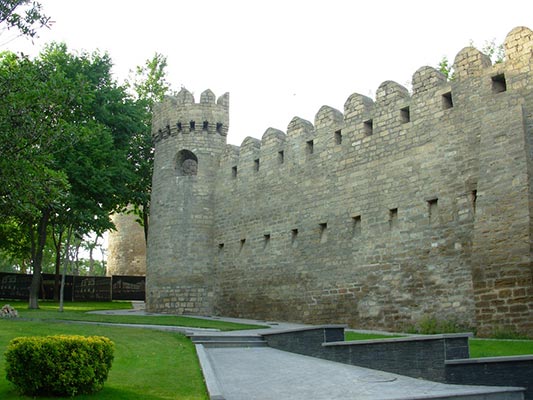 Icheri Sheher is a legendary place in Baku, since the capital of Azerbaijan originates from here. He is often visited in the framework of the tour of Azerbaijan. Near the sea, on a picturesque hill, there is an outstanding historical ensemble that received many majestic names, such as: “Baku Acropolis”, “Inner City” or “Old Town”. And near there are museums, restaurants and hotels of Azerbaijan.

15th century for the history of Icheri Sheher became a turning point. At that time Baku became the capital instead of Shemakha, which gave rise to rapid construction. One of the main “pearls” was the Palace of Shirvanshahs.

The dilapidated fortresses saved a huge number of rare monuments that have become the property of the whole of Azerbaijan: the ancient residence of the Shirvanshahs, the “Maiden Tower”, mosques, the famous sofa khan, the eastern caravanserais.

Special words are the buildings of the former fortress. Places for erection of buildings here simply did not suffice, from here and unique ensembles – they were under construction “wall to a wall”. Therefore, the courtyards are extremely small, they are separated by tiny streets, well, and, of course, gardens were not broken here. That’s why it’s especially fascinating to wander around here.