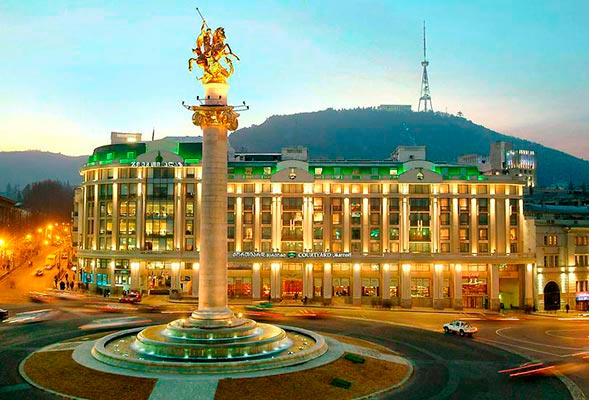 Many travel companies rightly talk about the steady growth of interest of tourists to numerous truly unique countries that retained its flavor. This list Georgia is not the last place. The streets of old Tbilisi, drowning in the shade of various trees, ready to tell the guests that have chosen the latest offerings , a lot of interesting secrets.The capital of Georgia, based on the site of numerous hot springs, it got its name in honor of them. In “Tbili” translated from Georgian language means “warm spring”.

If you consider yourself to be great fans of souvenirs, in Tbilisi you exactly like it. In this regard, it is estimated the representatives of the tourism industry, the Georgian capital, has much in common with some Asian countries. For example, tourism in Uzbekistan, the statistics which shows the constant interest of visitors of the country to all kinds of souvenirs, developed largely thanks to the various artisans. Are they in Tbilisi, being located on Rustaveli Avenue and in numerous markets. On the central avenue of Georgia is one of the nation’s largest souvenir shops. The second most well-known hallmark of Tbilisi is the wine, which can also be buy almost any retail outlet of the Georgian capital. Tourists are advised to go with the experience of the wine shop in the famous “House of Wine”, which shows everything varieties of the famous drink.