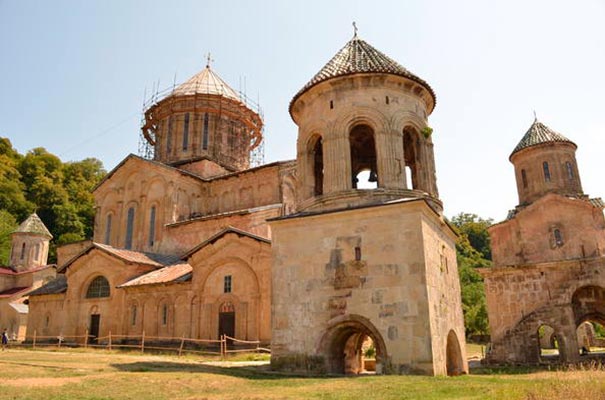 If you purchased the last minute tours to Georgia in order to enjoy the ancient cathedrals and churches, then you definitely need to visit the famous Gelati Monastery.You can get here by car, having left from Kutaisi. The road, the duration of which is only two kilometers, it will not take long. This monastery notice many tourists already at the entrance to the town itself, as an architectural gem located on a hill. The beauty of this monument is appreciated not only guests of the country, but also representatives of international organizations such as UNESCO has assigned high status to the monastery in 1994.

Today, historians unanimously claim that the founder of the monastery is the famous monarch David ordered the construction in 1106. Numerous documents say that over the next centuries, the rest did not give the invaders a monastery and various natural disasters. For example, in the mid-fourteenth century Mongol invasion completely erased it from the face of the earth. Despite this, the Georgian rulers did everything possible to restore it, for example, George VI has spent a lot of effort to restore the shrine.

When it seemed that hard times for the temple had passed away, the fate prepared for another tough test. The authorities have decided to turn the religious building in entertainment. Only in the middle of the eighteenth century, the monastery returned to its original purpose. Since then, the monastery has worked Theological Academy, a large library was opened and so on. For many decades of the walls of the complex there were many well-known national philosophers, writers, poets, and so on.