Registration
Travel in Uzbekistan and Central Asia > Culture of Georgia 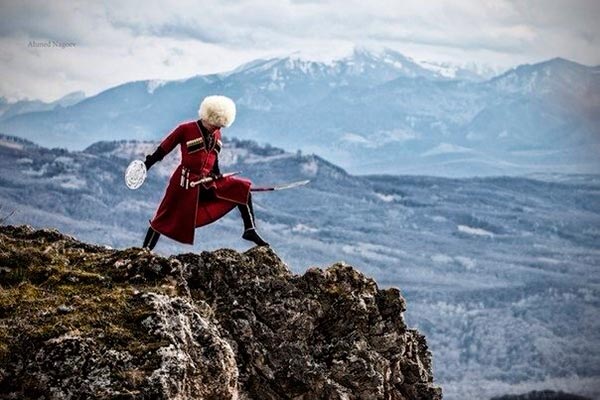 The Georgian tribes still in the ancient time lived in territory of the western and central area of Transcaucasia. Georgians as the people were generated thanks to related tribes, under the “card” name, the self-name the Georgian “sakartvelo” from here proceeds, i.e. the country where there live Georgians. The Georgian culture goes back to 5 century Culture of Georgia is closely bound with the Persian, Turkish and European culture.

The first literary monuments of Georgia have appeared in 5 century AD Thanks to many uncommon persons the literary heritage of Georgia: Shota Rustaveli (12 century), Sulhan-Saba Orbeliani, the author of the sensible Georgian dictionary (1716), Ilya Chavchavadze, Alexander Kazbegi and Akaky Tsereteli (19 century) was enriched; Galaktion Tabidze, Konstantin Gamsahurdia, Niko Lordkipanidze, Michael Dzhavahishvili and Anna Kalandadze (20 century). Bright prosaic and poetic products concern an epic poem «the Hero in tiger skin», a poem of Merani Nikoloza Baratashvili (19 century), 40 epic products of Vazhi Pshavely, («the Visitor and its owner», «Wedding of the dandy», etc. (19-20 centuries); the novel of Gamsahurdia “Right hand” of the great master and a poem of Tabidze «Moon of Mtatsmindy» and «the Wind blows» are the conventional masterpieces.

Georgia stores old dramaturgic traditions, since George Eristavi’s time (1813-1864). The troupe of Drama theatre of Rustaveli is famous in a modern theatre world as the most creative and talented collective. Vaso Abashidze (1854-1926), the comic actor, becomes the first editor of magazine “Theatre”. Veriko Andzhaparidze (1897-1987) – the most well-known actress of Georgia who has played about hundred roles at theatre and 30 at cinema. Desdemona, Cleopatra’s the brightest and its successful roles and Afelii in Shakespeare’s plays and the Medea in the play of Evripida. Ramaz Chhikvadze – the actor who has played more than in 100 plays, and also leading roles in Richard The Second and the King to Lyre, and given representation at theatre “Highmarket” in London in 1988. Kahi Kavsadze has played a role of Fortinbrasa in “Hamlet”, Jim in «Three cheap opera», Simona Chachava in «the Caucasian cretaceous circle», the lord of Hastings in “Richard The Third” and Kent in «the King to Lyre». Guram Sagaradze was filmed on more than in 100 plays, and also was the clown in «the King to Lyre». It is known that the cinematography birth in Georgia is marked 20 century. The first film has been presented public in 1912. The Georgian films are known for the whole world. Such film directors, as Eldar Shengelaja (film) “Shirekilebi”, George Chheidze (“Pirosmani”), Tengiz Abuladze (“Repentance”), George Danelia (“do not grieve”!) Flocks of Ioseliani («Favourites of the moon»), Irakly Maharadze (Horsemen of the wild West – dexterous Georgian horsemen) have received compensations for the works at the international level. One of favourite films in the people of statement of George Danelia, “Mimino”. It is a lyrical comedy. The film is removed in 1977 In roles: Vakhtang Kikabidze, Frunze Mkrtchjan, Elena Proklova, Evgenie Leonov, Kote Daushvili, Ruslan Mikaberidze, Zakro Sahvadze, Marina Kukushkina-Djuzheva, Savely. A film plot: the Helicopter of the pilot ‘ small ‘ aircraft serves mountain small villages of Georgia “Mimino” – in a Georgian way “falcon”. Mimino is the protagonist, eternally gets to ridiculous, drama and ridiculous situations, but being the present Georgian comes off clear.