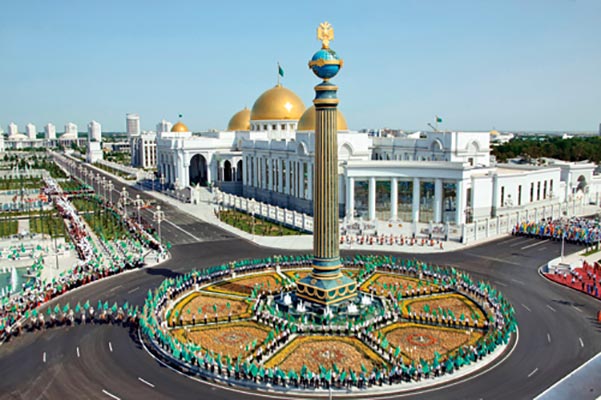 The main function of the palace is holding summits and negotiations. The main hall is located under the gilded dome of where political representatives from different countries are greeted. The talks with the presidents or prime ministers are held in the « Golden Hall ». The hall named after a national hero, « Gorkut ata”, is suitable for large delegations. The signing of intergovernmental or bilateral agreements takes place in the hall « Selcuk Khan. »

Mass media and journalists of accredited international agencies get together in the hall under the name of « Bayram Khan ». Summits and meetings are held in the hall « Makhtumkuli ».