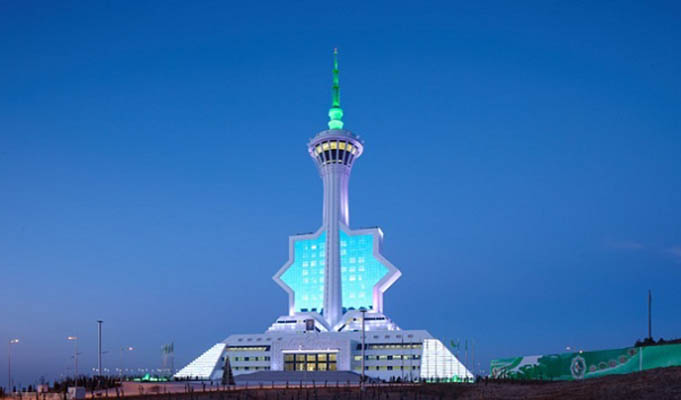 Almost every hotel in Turkmenistan is connected with publicly claimed invention as television. Dozens of different radio and TV channels to get blue screens of residents and guests of the country through the National Television and Radio center « Turkmenistan ». The total length of this tower is more than two hundred meters, being one of the tallest buildings in the country.

Contrary to popular belief that such buildings should deal exclusively with the delivery of « pictures » to millions of blue screens, the national RTC « Turkmenistan » and serves as a great place to meet. At the height of the twenty-ninth floor is a revolving restaurant with a breathtaking view of the city. The architects involved in the construction of the restaurant, tried to connect to it better planning and modern architecture of the ancient traditions.