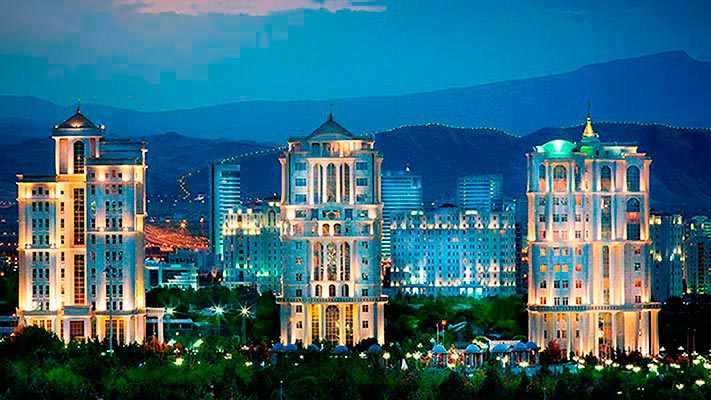 The history of Ashgabat, the capital of Turkmenistan, began after 1881, when the Russian Empire occupied Turkiston. The Russians built a fortification near a small village whose name meant « beloved city » (Askhabad). Later, through this locality the Central Asian Railway passed. The city, which lay at the crossroads of trade routes, grew and spread. For some time the town was called Poltoratsk. In 1927, one letter in the old name was changed and it was renamed Ashgabat.