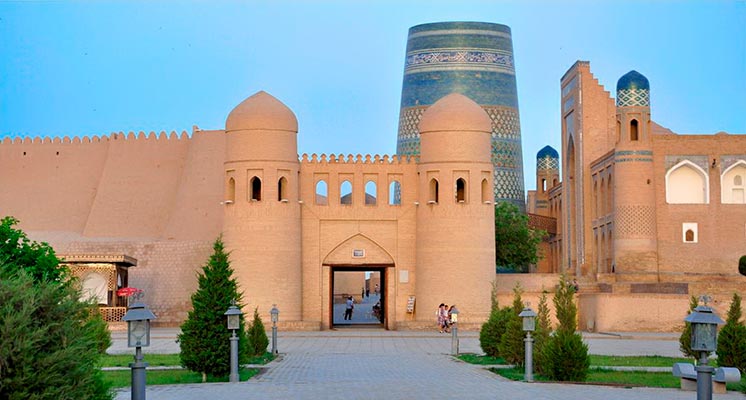 The architects took care of a visual appeal of the gate as well, which received numerous decorations of regular geometric shapes and floral patterns, called « islimi. » Each flap of the gate was decorated with multiple rectangles of a regular geometric shape. Inside each of these figures there was written a 8-pointed star. Historians have established that the flaps were erected in the country palace of Mohammed Aminkhan in the middle of the XVIII century.