Chilpyk – « Tower of Silence » of Zoroastrianism 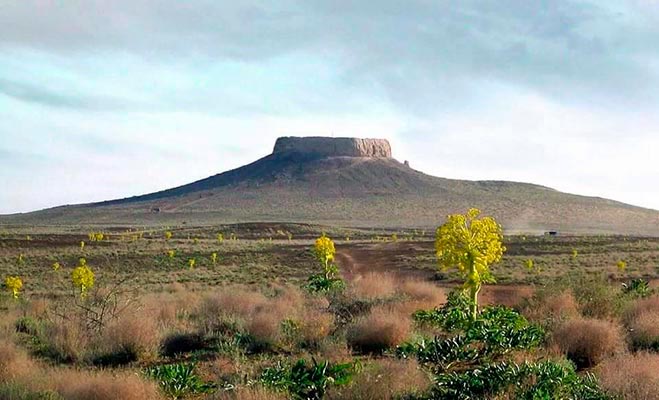 This monument of ancient architecture can be safely attributed to one of the oldest. A number of historical research revealed that the general age of the round tower, erected on top of a hill, is more than 2.2 thousand years. The total diameter of the fortification, located nearly 43 kilometers from the municipality of Nukus is about sixty-five meters.

Ministers of this religion actively used this tower for the burial of the dead, whose bodies were stored in the tower. After that many birds of prey would start their job by eating the carrion. The remaining part was placed in small vessels, which were then buried in the ground. The ceremony, which for many people today may seem quite wild, was founded on the philosophy of Zoroastrianism. For the representatives of this cult it was forbidden to desecrate the soil by decomposing remains.

Some historical accounts say that before this tower had a large staircase, an area of which was​nearly two dozen meters. The stairs were cut into the hillside. In the tower itself and the adjacent territories there were found many objects of worship and everyday life, which were carefully stored in several museums located in Tashkent and Nukus.

Many scientists agree that the tower of Chilpyk played an important role in the defense capabilities of the region. This fact contributed to its preservation until today. Today we can safely say that the tower, which has become even part of the national emblem of the country, is a major tourist magnet of the Republic.

It is better to come to Chilpyk at dawn. Firstly, you can avoid the scorching Eastern sun. Secondly, at pre-dawn time the fortress offers a magnificent view of the whole neighborhood. It is believed that if you tie a colored ribbon, it will contribute to success in the future.