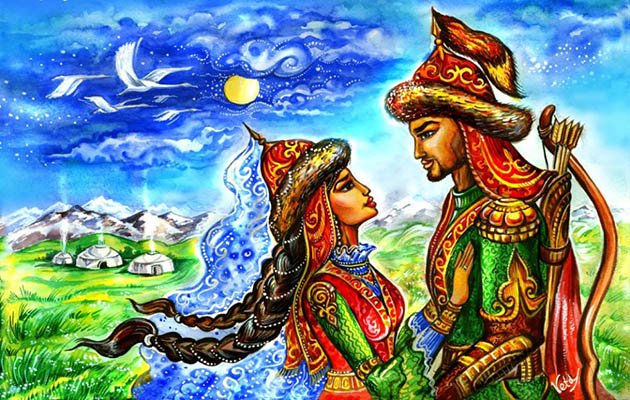 We were unable to pay the ransom demanded, the groom could openly steal darling. Also can do the groom, the parents of the potential bride was openly against the marriage. Today the ritual «bride kidnapping» is almost not found.

Speaking of the wedding ceremony in Kazakhstan, it is necessary to start with the most common tradition – Kazakh people are very monogamous. Unlike other Eastern peoples, the Kazakhs do not marry people if they are made in the relationship, less than 7 knee. In this regard, Kazakhstan has a special saying – «those who live closer than seven rivers». Also, under the strict prohibition of marriage with the fall of the same genus. All this should ensure the health of the Kazakh nation.

After dating procedure has helped to ascertain the seriousness of intentions of the young men and women, there comes a moment wedding. It is important to note that, unlike most Muslim nations, the Kazakh wedding ceremony does not require the official blessing of the mullahs. In such a situation only if the relatives of the newlyweds together sang the song «Auzhar». The text part of this song may vary depending on the region of the country, but certainly melody remains unchanged.Wedding song is divided into several parts: