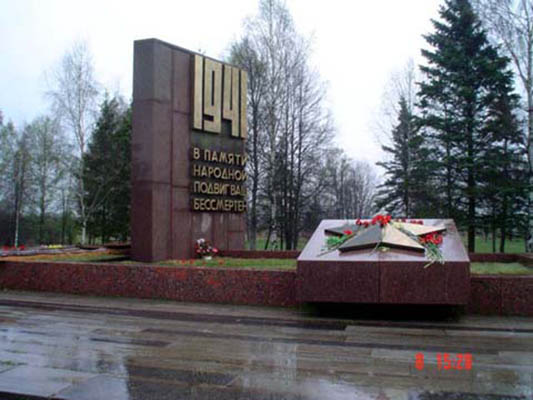 Not only has the name of the park preserved the memory of this feat, and about the war in general. The thirtieth anniversary of the victory in the war decided to coincide with the opening of the monument, giving at his disposal in the central part of the city sights. To embody the memory of stone images, sculptors used the form of triptych. Left picture, which he called «The Oath», tells the story of his youth Kazakh fighters traveling to fight, right, «trumpeting the glory of» rejoicing the victory, and the central, «feat» carve images of heroes who are ready to sacrifice their lives in the war.