Регистрация
Elite Tours International > Gaur Kala: the ancient fortress of adherents of the cult of fire 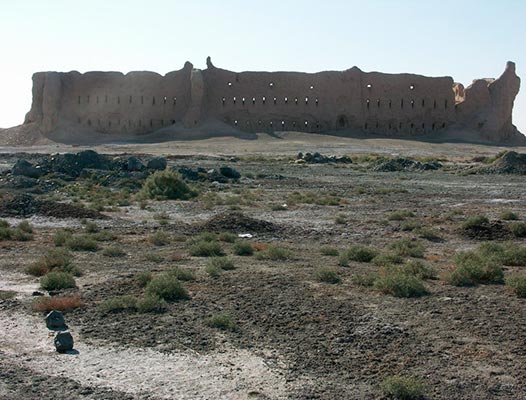 If translated the name of the ancient fortification means «fortress of the infidels.» Estimates suggest that this settlement was built around the fourth century B.C. The walls of the fortress, the height of which exceeds ten meters, are surrounded by the preserved till our days a few strongholds. Today it is impossible to say for sure what kind of buildings they were. For example, some historians believe that the ruins could belong to the palace buildings of various types, or to entire churches.

The fortress got the modern name only in the first third of the eighth century, when there was an active Arab conquest. The courage of the people of this ancient city, who managed to repel all the attacks of the Arabs for almost a century, became almost legendary for Arab conquerors. That is why they called the Fortress of Guyar-Kala, which means «fortress of infidels.»