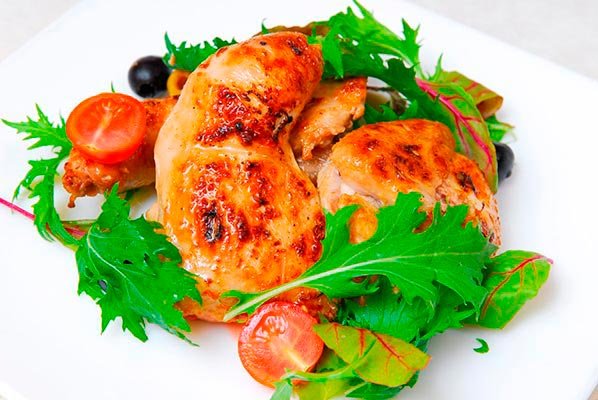 The importance of the use of various types of meat can be compared with the importance for the French cheese or pasta for the Italians. Today the country has a great variety of meat dishes and all sorts of sauces, allowing to fully enjoy the taste of the product. If we talk directly about the dishes themselves, the list can get really impressive.

List of well-known in the country and far beyond its borders continue to meals can be a very long time, but if you try, you can make a small hits, including the most popular dishes:

In addition to the above, there is a great variety of dishes in Georgia, which have long gone beyond the country’s borders. In today’s world you can find many variations of that first appeared in Georgia.

Basturma – specially jerky cow or sheep. For the preparation you need to build a tower of meat, each fiber is abundant grated salt in a deep saucepan. Over the next three weeks, the meat will be closed inside the pan, and then he just need to soak and send dry on 14-21 days.

Georgian shashlik (Mtsvali) – if you ever try a kebab, it is definitely not want to eat anything else. The unique flavor and fabulous taste – that’s what distinguishes mtsvali from other types of kebab, which meets several kinds:

Regardless of the type of barbecue, it accepted only toast on the grill with a special technology that allows to reveal all the taste characteristics of the meat.

Georgian cabbage rolls (Tolma) – as a wrapping material is common to use red pepper, eggplant, tomatoes and so on. Sealed stuffing goes into the broth, which is quenched with the mandatory addition of various spices and herbs.

Khinkali – for the production of minced meat is common to use a sheep or calf. The process of preparing the dough requires certain skills from the chef. From the thin dough layer made small circle, on top of which put cooked stuffing. After that everything is collected in a small bundle and sent to the furnace. Eat khinkali made hands holding the upper tip, which is not accepted to eat.

Chickens tapaka – the name given to this dish a special pan called «tapla». From traditional frying it features a cover and a larger presence of the press. For this dish you will need a regular cake mix that needs to fry without adding any seasoning. An exception can only be salt, garlic, onions, tarragon and red pepper. Chicken tapaka can act as a separate dish, or be part of other dishes.

Satsivi – cold dish, for the manufacture of which made use of the meat turkey or chicken. Its main ingredient is the sauce of the same name, which abundantly watered carcass good fried chicken. Today, there are nearly fifteen different kinds of sauce, manufactured on the basis of chicken broth to which are added all kinds of spices, nuts and so on.

Chakhokhbili – another dish of chicken or other poultry. He decided to put out a special way in a saturated tomato sauce. The process starts with preparation of the roasting pan for poultry without adding any fat. The next stage is filled with the tomato sauce. The main seasoning for chakhokhbili can use cilantro, basil, red pepper and so on.

To the delight of food lovers chicken Georgians have a great variety of recipes, allowing you to enjoy your favorite pudding. One of these dishes is a borane, which includes several separately prepared with the addition of chicken stewed vegetables and yoghurt.

Experienced cooks say that it is vegetables occupy most of the dishes, so many restaurants «borane» referred not only chickens, as do vegetables, preparation of which takes a lot of time. For the preparation of the aforementioned vegetable dish you will need:

Certain traditions must be observed, and while serving borane. The resulting mass of vegetable is divided into two equal parts, one of which becomes the basis for future dishes. On top of the «cushion» of vegetables put chicken, divided into eight or ten pieces. Top add the remaining vegetables. All this is then poured yoghurt with saffron and cinnamon.