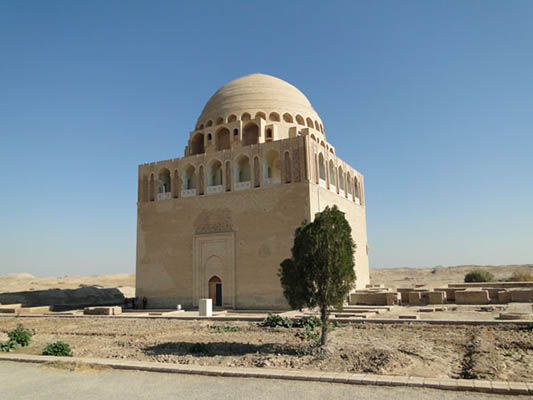 In the central area of the ancient city of Sultan Kala in Merv, it stands the monumental mausoleum. The order to build its own crypt gave outstanding Seljuk ruler – Ahmad Sanjar. The name of the tomb is very poetic – „House of Death“. In the 1157 where he found eternal rest. The Mongol invaders in 1221 destroyed the metropolis and Merv partially tomb of Sultan Sanjar. Royal remains hidden prudent approximate. Since then, the mausoleum is empty, and the ashes of the Sultan disappeared without a trace.