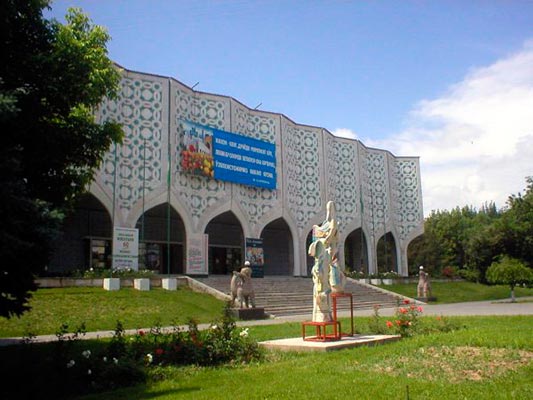 Since 1974, a couple of steps from the Central Department Store, in the center of the city began to function Central Exhibition Hall, which is an opening day of the Uzbek Art Academy. There is a two-storey exhibition area, a souvenir shop and a restaurant „Barhan“.